I became interested in photography during my college years, but it wasn’t until nearly a decade later, when I began working as a lemur caretaker at the Duke Lemur Center in the early 1980s, that my interest in photography began to blossom.

Over the years, I have been lucky enough to make three trips to Madagascar, surely one of the most fascinating countries on earth, and the place where lemurs evolved. Exploring an unspoiled rainforest containing thriving populations of these beautiful primates is an unforgettable experience, as is experiencing the rich culture of the Malagasy people.

I currently live north of Hillsborough, NC, on a small lake. I have been photographing weddings in the Raleigh/Durham area for over fifteen years. I started out shooting coworker's ceremonies, but in the last few years I have branched out, and I am delighted to travel to more exotic locales.
Contact Info
© David Haring Photography
Featured Galleries & Collections 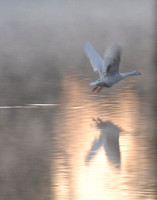 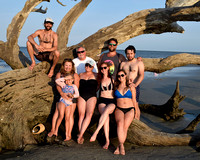